Laser Days of Summer in the Planetarium 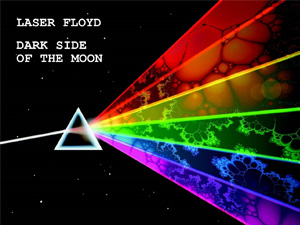 $8.00 per Adult or Child, per program
$4.00 for RMSC Members
Not recommended for children ages 8 and under

Pre-purchasing recommended to reserve your spot.

Click on show times and titles to pre-purchase tickets.

That 90’s Laser Show
Popular songs of the decade featuring well known songs from groups such as Green Day, Beastie Boys, Smash Mouth and many others.

Laser Beatles  s
From their beginnings revolutionizing rock and roll, to their psychedelic era, this show visualizes the Beatles’ music with energy and beauty.

The Beatles: Sgt. Pepper’s Lonely Hearts Club Band
The Beatles at their best by providing a musical representation of the generation and the contemporary counterculture.

Queen
Queen’s epic songs provided a soundtrack to the 70s and 80s. Laser Queen was inspired by these Rock and Roll Hall of Famers, and combines their biggest hit songs with intense laser programming for one amazing show.

Pink Floyd: The Wall
Pink Floyd’s classic 1979 epic about personal struggle weaves its story in one of the most popular laser shows ever produced.

POP ROX!
This collection of pop hits captures a moment in time. Laser POP ROX is a flashy and fun way to enjoy these sweet little tunes.

Click below to book your accommodation for your weekend getaway with one of our hotel partners:

Visit our ticket counter for coupons and discounts to some of your favorite restaurants, including: